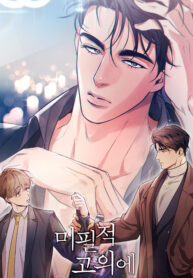 Love History Caused by Willful Negligence Average 4.2 / 5 out of 11

“Tall, great hands, a voice like chocolate and an asian quarterback for W.T Woodson’s football team.”

Phillip Levin
He was his dear friend Jenny’s prince, and Peter’s first love he had never told anyone about.
Now, he was only “Lee Wooyeon”, his enemy that needed to be taken down.

The only flaw of actor Lee Wooyeon, who is on the road to success without facing a single slump, is that his manager never lasts. With a time period of three months to observe him as a manager. Choi Inseop becomes Lee Wooyeon’s manager in search for revenge. He was not the Lee Wooyeon who was loved by people, but another Lee Wooyeon. Inseop had to uncover the truth. Because he had made a promise.

Lee Wooyeon’s new manager, Choi Inseop, is able to meet all of his demanding requests, but he is somewhat suspicious.

His manager’s inexplicable behavior catches Wooyeon’s eye, and soon, his curiosity begins to morph into other feelings….