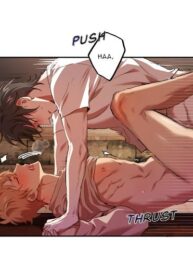 Myowol-guk, where rabbit spirit creatures ‘myoin’ gather.
Nungso, the 101st prince of Myowol-guk, who is mixed with human blood and is bullied, receives the following tasks for coming of age.

“Rescue the sacred and honorable ‘Moon Rabbit’ captured by evil humans and bring him back safely.”

‘Hold on. To say that I was kidnapped and imprisoned… … .’

One day, as a pet, you are terribly fond of it?
Besides, to be called a sacred and noble moon rabbit, he reveals that he has no shame!

There is only one thing that I want to do with a young rabbit as white as the snow that suddenly appeared in front of me on a day with a slight fever on the first estrus.

“I’ll make you happy. Let’s give birth to our baby rabbit. Huh?”

Even If You Don’t Love Me

Attack on Titan dj – Others’ Husbands