The Man Who Lives in the Night 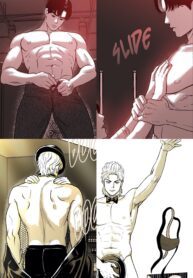 Jung-hae has always wanted to live an ordinary life. But it’s hard to pay the bills when you’re deep in debt and barely scraping by working an honest, average job. One day, Jung-hae discovers that his brother is bringing in big bucks and suspects something dirty is going on, so he tails his brother…to a strip club full of male strippers?! When Jung-hae storms in to drag his brother out of the changing room, he has no idea that he’s about to get a hell of a new job that’s far from ordinary…and that the club’s charismatic number one stripper, Yoo-gon, is going to change his life.

Matsuri no Mae – Before the Festival

A Sleeping Man and a Loving Man