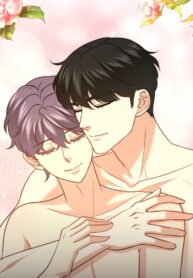 Secrets Of Enthusiastic Omega K Average 4 / 5 out of 2

A dream romance between the strongest alpha Cha Soo-hyuk and omega Kim Ha-jin!

Enthusiastic omega Kim Ha-jin had an unrequited love for Cha Soo-hyuk, a senior alpha, for 7 years since he was a freshman.

After hearing the news of Soo-hyuk going abroad to study, Hajin decides to spend the last night with him to end the unrequited love he has formed. And with the help of his friend, he intentionally approaches Soo-hyuk. There is a rumor that Soo-hyuk dealt with an omega, who had intentionally approached him in the past, but Hajin does not care.

But did he have to care? He managed to spend the night with him and succeeded, but his pursuit begins.

Save me, will you?