My Sweet and Bitter Mate 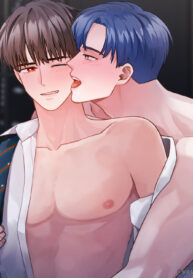 Beta announcer, Eun Kihyun, is a well-known personality thanks to his famous brother’s widespread influence as a big-shot actor.

However, Kihyun’s strings of fate began to tangle once his secondary sex is diagnosed as an…Omega?!

After an accidental encounter, Kim Minjoon finds out that he and Kihyun are destined to be each other’s ‘fated pair’. Will Minjoon let himself be swayed by the current of destiny?

The Uninvited Guest on My Shoulder