I Found You, My Omega 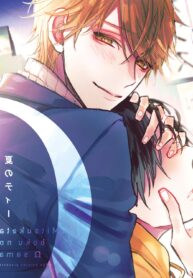 Daiki was a smart kid but on the day of their examination blood test to be performed and identify their gender, it turns out that he wasn’t an Alpha but an Omega. Daiki was bullied as a child and became gloomy.

In front of Daiki, he was weighed down by the gender gap and suddenly appears a High-Spec Alpha (Takizawa) who said he used to be Daiki’s classmates. Daiki doesn’t remember him at all and somehow he is wary of Takizawa’s advancement of wanted to be paired of him.

An Alpha united by obsession and a High-Spec, on the other hand an smart but grim Omega.

Little Thief Of The Garden

There’s No Way a Charismatic AV Actor Like Me Would Come From a Sex Toy!!!